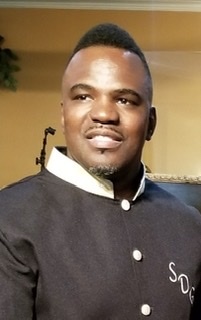 Elder Stacey Devon Grady Sr. accepted the Lord as his personal savior in 1997. Shortly thereafter, he felt the call of the Lord on his life to preach the Word of God. In 2003, he joined the fellowship of the Church of God By Faith in Douglas, Georgia under the leadership of Dr. Horace N. Turner. There he served in the media ministry and where ever he could be a help in the service of the Lord.

Having lost both of his parents by the age of 8, he was reared by his oldest sister who lovingly provided as she knew best in the absence of their parents. Life's challenges and unfortunate circumstances only propelled him to excel. In high school he found his passion for wrestling and became State wrestling champion two years consecutively, which earned him a wrestling scholarship to the University of North Carolina At Greensboro.

He later he decided to change his path and he enlisted in the United States Air Force, where he served his four year tenure and was honorably discharged in 2000. While enlisted, he pursued higher education and obtained his Bachelors of Science in Education in 2001. Upon receiving his degree, he returned to his home town of Douglas, Georgia and began his teaching career as an elementary school teacher. He later continued his career as a middle school teacher at Coffee County Middle School, where he taught math and coached wrestling. Desiring to further his education he returned to college at Albany State University and obtained his Masters of Science in Education Leadership in 2005.

In 2008, his pastor Elder Turner introduced him to the woman who would later become his wife, Min. E. Laquanda Whitehead.  They were married on November 22, 2009 in Ashburn, Georgia.   He has been a licensed insurance agent for more than 12 years, and in 2011 he founded and established Alpha Omega Insurance Agency in Perry, Georgia. 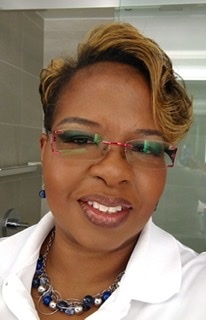 Minister Laquanda Whitehead-Grady accepted Christ as her Lord and Savior at the age of 13 and has lived for Him throughout her educational pursuits.  She received her Bachelors of Science in Agriculture from The Fort Valley State (College) University, Fort Valley, Georgia in 1996.  In December of 2000, she acknowledged her call to the ministry and in 2001 she enrolled in the Ministerial Alliance Training Program in the Church of God by Faith, Inc.  In 2002, she became active in the Ministerial Alliance on the South Georgia District and was selected as the corresponding secretary. In December 2003, she was consecrated (ordained) licensed minister. In 2005, in addition to her duties as a secretary, she was asked to serve as an instructor to assist in the training and preparation of ministers for ordination. Feeling the unction of the Lord to learn more about God’s Word, she attended Liberty University, Lynchburg, Virginia, where she earned her Master of Arts in Religion in Evangelism and Church Planting in 2008.  Locally she was appointed by the late Pastor and Founder, Elder Elmer Thomas to serve as Assistant Pastor.

On March 3, 2011, following the demise of Elder Elmer Thomas, having served as his assistant, she became Principle Minister, continuing the ministry and church growth.

In addition to her Ministerial Duties she serves on the Central Georgia District as Youth Council President and is a member of the Christian Board of Education. And in 2006, she was selected to serve on the National Church of God by Faith Scholarship Committee.  In 2016, she received a phone call that was a life changing experience and a mark in the History of the Church of God by Faith Inc.  She was appointed by Bishop James E. McKnight Jr. to be the first female instructor in the newly established Church of God by Faith Theological Seminary (CTI). Later in 2016, she recieve another call this time from Ruling Elder James Williams requesting her membership on the Church of God By Faith Affiliation Advisory Committee.

In addition to her ministerial duties and tasks she now serves along side her husband who was appointed Pastor on April 7, 2017.

By profession, she is an entrepreneur.  On September 9, 1999, she founded and established LQ’s Desktop Publishing in her parents home where she became the source of all things printed for many of the funeral homes in the Houston County and surrounding areas.  In January 2011, the Lord showed her it was time to move to the next level.  She moved the business to 736 Carroll Street, Perry, GA and she continues to work in her profession as a desktop publisher; providing copy/print/business services to the Middle Georgia Area and surrounding counties. 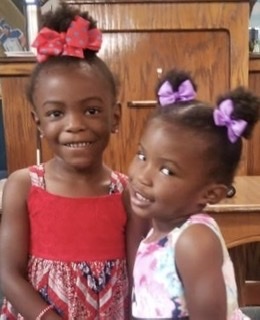 Elder Stacey and Minister Laquanda Grady were blessed with two lovely girls: Stacey Devon II, born on March 20, 2014 and Kendrick Kevon, born on September 29, 2015.  On April 6, 2017, Min. Stacey Grady was appointed to the pastorate here at Oglethorpe Church of God By Faith.  But as he has stated, he and his wife are a team and together they will lead God's people in His will and in His Way.  God has richly blessed their family, and their ministry is a testament to God's anointing on their lives.  Truly the two have become one, both in marriage and in ministry, which is unique and dynamic comparing to none.  Together they serve in mininstry as a team, each uniquely gifted by God to teach the Word in a way and manner that compels men and women to change their lives to serve God in a more excellent way. They look forward to what lies ahead in their growth in ministry as a team, at Oglethorpe Church of God by Faith.  God has truly blessed and they look forward to more that lies ahead for this ministry in the Oglethorpe community.